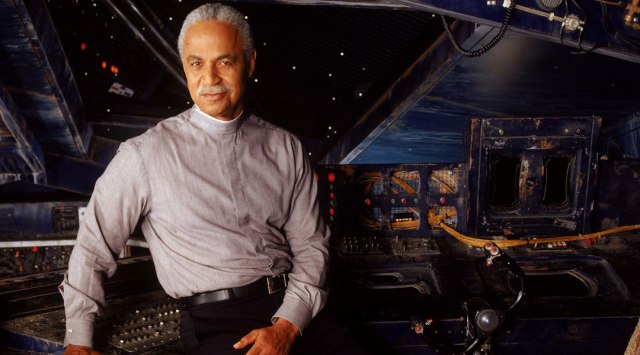 It was with sadness that I read Ron Glass passed away recently.  He was a great actor, and he played Shepherd Book on one of my favorite science fiction shows, Firefly.  Firefly is one of the greatest science fiction shows ever.  Ron Glass made a great addition to the show as an actor, and he did a great job portraying the character.  But, this article is not about the actor.  It is about the character Shepherd Book and his teachings.

When the news spread on social media that the actor passed away, I saw numerous posts with different quotes from the character.  One came from Serenity, the movie that followed the short lived show that the FOX network ruined.  The quote was written by Joss Whedon and said by Shepherd Book when the character died.

He spoke to Mal just before he passed and said, “I don’t care what you believe in, just believe in it.”

Coming from a Christian shepherd, this is deeply troubling and a view the anti-Christian world embraces in its pluralism.  One destination, but many paths to get there.  If there is a destination.

There is a point that could be made from the television show that Book may not have been a shepherd (pastor) at all.  However, the character did present himself as a man of faith even though he could not defend the Bible against River’s criticisms and was deeply frightened at the prospect of death.  He obviously did not understand the message of the Bible.

In regard to what Book told Mal, I will say that it is completely false.  Christians do care what other believe because it is belief in the truth of Yahushua (Jesus Christ)  that delivers a person from the wrath to come.  God cares what people do and believe, and He loves people.  That love was made manifest by the ministry of Jesus.  The truth of the good news of Yahushua is that He died for our sins (took our place in God’s wrath), was buried, and rose again from the dead three days later.  All those who hear the message, repent of their sins, and trust/believe in Him will be saved.

Yahushua said, “I am the way, the truth, and the life. No one comes to the Father except through Me” (John 14:6).  There is no other way to eternal life, and no other way to be saved from the wrath to come.

Peter said, “Nor is there salvation in any other, for there is no other name under heaven given among men by which we must be saved” (Acts 4:12).

Hearing Book made me sad because of its complete betrayal of what a Christian shepherd would teach.  As a shepherd myself, I would say, “I care what you believe in.  Repent of sin.  Believe in Yahushua to be saved.  He is the truth, love, and word of Yahuwah, given so that the lost might be found.  For all of us who trust in Him, He gives us eternal life.”