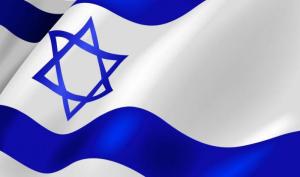 It is God’s plan to bring the people of Israel back to her land, and He has done so.  He will be the one that defends her culminating with the appearance of Jesus Christ at His second coming.  We see that in multiple texts.  See Ezekiel 36 Zechariah 12 and Zechariah 14 as just a few examples.

Any nation that comes against Israel will find they are fighting God, and the nations of the Earth will be judged for their wickedness toward the Israeli people.

There have been miraculous events recorded since 1948 when all the arab nations surrounding her attacked.  In this current conflict, there have been some powerful indicators that God is defending Israel.  We will continue to see more and more according to what the Bible clearly states.

“More claims of divine intervention are being reported in the ongoing conflict between Israel and Hamas, with an operator of Israel’s Iron Dome missile-defense system saying he personally witnessed ‘the hand of God’ diverting an incoming rocket out of harm’s way.”  New article here.

“Winter claimed to have witnessed a miraculous occurrence, the likes of which he had never seen before during his military career.  He said that a predawn raid that was intended to make use of the dark as concealment was delayed, forcing the soldiers to move toward their objective as the sun was about to rise. The soldiers were in danger of being revealed in the light but, Winter recalled, a heavy fog descended to cover their movements until the objective was achieved.”  News article here.

“Aharon Samet told the Israeli radio show ‘Upside Down’ that a great miracle occurred thanks to the fact that they had to harvest more wheat than usual to comply with the biblical mandate.”  New article here.

Even Hamas confirms that their missiles and rockets were knocked off course by God.  News article here.